Some Days Are Harder Than Others

Some days are harder than others.

The writers copy of Chicken Soup for the Soul: Angels and Miracles arrived today.

I cannot even look at the cover without crying.

My first copies usually go out to community organizations, libraries, and my Alma Mater Villanova College.

Not this time. They'll be going out to those who carried me through the story.

Anthony, Dave Parker, Judith, and one other.

One copy will be held back for his children,  to read of their father impact.

One copy will be held back for my children, to read of the impact of their father.

Posted by Grant Madden at 5:30 PM No comments:

My Friend, My Partner.

In Australia, the last Thursday in September is National Police Remembrance Day.

and my friend, my partner, Mark Goodwin.

His story comes out in the Chicken Soup for the Soul Series, Angels and Miracles, on 2 November 2016.


Posted by Grant Madden at 6:20 PM No comments:

Delta Airlines Leaves a Disabled Soldier Behind on 9/11

On September 11 2016, Delta Airlines completely forgot about a 75 year old disabled retired serviceman at Los Angeles International Airport. After being booked on a commuter flight from San Diego to Los Angeles, with connecting flight to Australia, +Delta Airlines dropped the ball when the original flight was late to leave the terminal.

Shame on you +Delta  Take a good look at the disabled soldier you left behind on 9/11.

Posted by Grant Madden at 9:29 PM No comments:

Chicken Soup for the Soul: Angels and Miracles

A story twenty five years waiting to be written, represents the second appearance this year and the fifth overall.

For Alyse and Meghan, who never knew their Father.

Halfway to the finish line.

The first 50 has been great.

The next 50 look to be awesome. 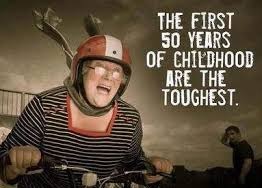 In Memorium, an Honorable Gentleman.

This week I have been in Orlando, Florida, enjoying a vacation. The day after I arrived, news reached me from Australia of the passing of a honorable gentleman. The man left behind a wife and two children. He had just celebrated his 50th birthday three months ago.

At the same time, news reached me about a story that has been 25 years in the making. In 1991, a friend passed away leaving behind a wife and two children. He was barely 25 of years. His passing profoundly affected me, not only because he was my friend, but because we graduated in the same Police Academy class, and worked side by side in Law Enforcement. For 25 years I carried a guilt over his passing, not for the event that took his life, but for the children he left behind.

His children were just two years and eight weeks of age.

I always wondered if there was more I could have done for his children, but I didn't. I isolated myself from his family, and as it turned out, from my own family. I eventually wrote about him, and that story will appear in November this year.

The honorable gentleman who passed this week left behind two children, who had just completed school and were making their way in the world.

It will not be 25 years before I write about how great, their Dad was, and how lucky I was to know him.
Posted by Grant Madden at 5:32 PM No comments:

Put a Tablet On The Shelf

In the real world, writers complete major works, editors correct within a short time, publishers get the book out and royalties begin rolling in as every book is a major success.

When was the last time you purchased a book with a cover, paper and a spine?

E-Books are generally less cost to process, and open up a new reader base, but lacks the authenticity of a book on a shelf.

I'm just not ready yet to put a tablet on the shelf.
Posted by Grant Madden at 6:05 PM No comments: