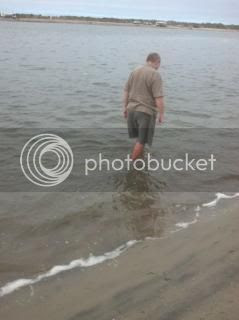 I have to think back to when I was a child of age 6 or 7, for the last time I recall my father residing in my house. My mother would tell my brother and I, versions of what happened in their divorce. I had no reason to disbelieve my mother.

I have to think back to when I was a father of two daughters ages 7 and 2, for the last time I recall residing with my father in his house. As my own marriage was failing, I would learn of what really happened in his divorce. I had no reason to disbelieve my father.

Friends of my father later confirmed some truths, and my perception of his role as a father was forever altered.

This week, my father flew from Australia to the United States and will be residing with me for a while. I have one final opportunity to make some memories with him, as I watch the man who was once a giant, struggle.

His father passed away without him, when his own children were a great distance away.

History, it appears, is not without repetitive irony.
Posted by Grant Madden at 8:31 PM No comments:

Early Training for a Writer

On a twitter feed this week was a quote from Ernest Hemmningway.

"What is the best early training for a writer?  An unhappy childhood."

Based on that prophecy, I should already be a published best seller.  Perhaps my childhood wasn't a bad as I recall it was.

I wonder what writers rise from failed relationships?

Posted by Grant Madden at 9:06 PM No comments:

You Are My Witnesses

One day,  I will have that assistant, who picks up the phone and organizes tours, hotels, cars and even some sightseeing.
One day, I'll be on that tour, in that hotel, picking up the car or doing the sightseeing, when I will be recognized by someone.
One day, they will say to me, "I'm a big fan of your writing, where do your stories come from?"
One day, I will say to that person, "My stories come from the horrors I had,  before I learned to resolve them by writing."
They will look at me with confusion until I tell them, "You are my witnesses."
Posted by Grant Madden at 8:41 PM No comments:

Welcome to the Jimi Johnson Era

Welcome to the "Jimi Johnson Era".

Who's on a Canadian Book Tour?

Here's what I've learned about organizing a book tour for the forthcoming Chicken Soup for the Soul book, Christmas in Canada.
Who's on First? Posted by Grant Madden at 5:43 PM No comments:

An Australian Writing About Christmas in Canada

Chicken Soup for the Soul have confirmed the title and release date of their next book with one of my stories: Christmas in Canada, 14 October 2014.

The irony of an Australian living in the United States writing about Christmas in Canada has not been lost, as planning for the book signing tour begins.

Posted by Grant Madden at 6:59 PM No comments:

I got no time to knit,  plans must be made

This year,  I'm bringing some help, fully imported from Australia.
Posted by Grant Madden at 9:03 PM No comments: