Writing Through The Muddle - Part 2.

Writing through the muddle - part 2

Not all associates may be who they have always appeared to be.

Not all opportunities arrive as scheduled.

Not all writing assignments demand the same urgency.

Not all conversations result in the same contract.

Not all contracts need to be accepted.
Posted by Grant Madden at 8:56 AM No comments:

Four days in the Windy City.

I could have done with five. 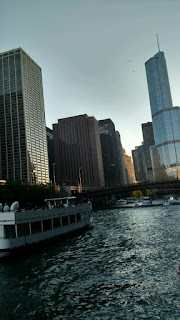 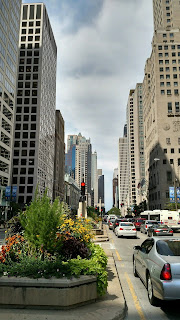 Posted by Grant Madden at 5:49 PM No comments:

Writing Through The Muddle


All writers have a project that just...nags away at them demanding to be finished, when it cannot be.

I happen to have two.

The first, is the proposed book on the blending of divorced families. A title has been picked out, but like all good stories, it needs a beginning, a "muddle" and an end. The end should bring about a resolution to the muddle. Mine does not, so the muddle continues.

It faces the same problem as Episode III: Revenge of the Sith, everyone knows where it ends, but the path traveled is vexing.

I have little to worry about though. On this day, August 1 1975, George Lucas competed the third draft of what would became A New Hope.  He called it "The Star Wars: The Adventures of Luke Starkiller".

The Force was not strong with George on that title. I guess he also muddled his way through.

Posted by Grant Madden at 9:32 PM No comments: